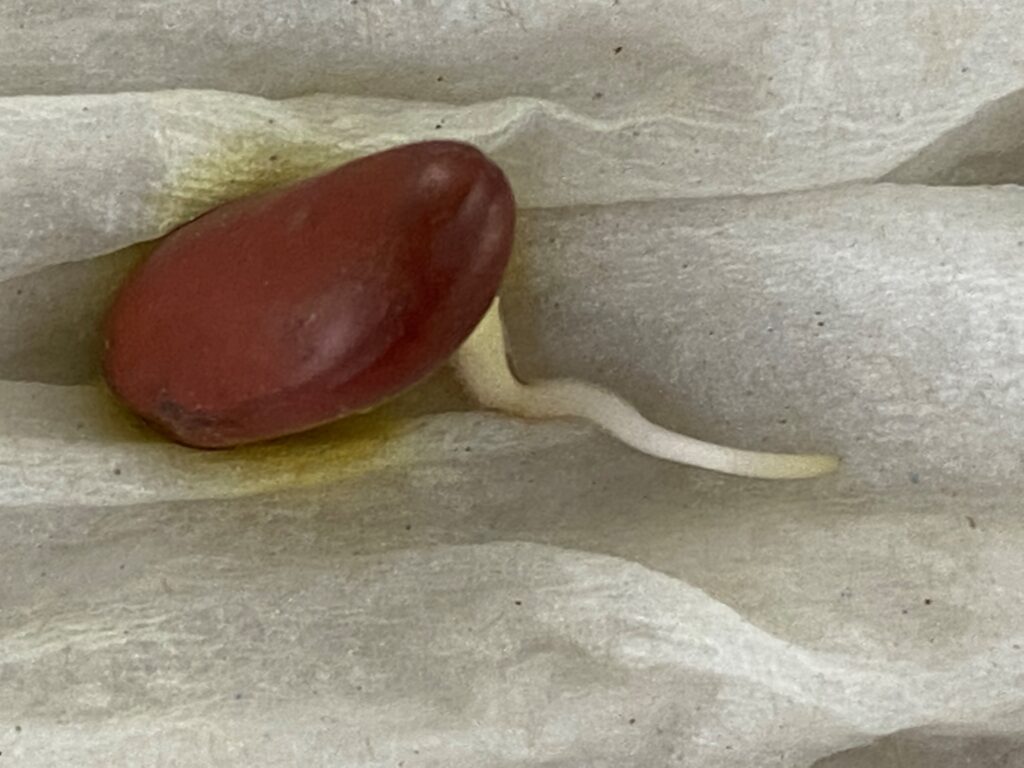 Each of us that sows a field with seed relies on the notion that a plant will emerge.  Somehow the seed turns into a plant.  Often, we do not see the germination process because we are busy doing the many “to do’s” of spring planting.  Many of you may not familiar with kidney bean production, but a kidney bean has a unique quality which exemplifies the germination process and visually demonstrates some of the steps involved. A kidney bean is a fairly large seed so it is relatively easy to see the embryo or small plant inside.  The seed can be dissected separating the two cotyledons exposing the young embryo.   As a seed is imbibed with water, it swells and enzymes are activated which break down some of the food reserves in the cotyledons to provide nutrients for the embryo to begin to grow. The seed as a package, has all that it needs to produce a plant and sustain itself for up to 2 weeks on its own without nutrients from soil. There are a few things to note as a kidney bean seedling grows and becomes visible as a young plant. The embryo begins to grow, which means it is “alive.” Its growth and development can be seen visually from day to day.  The cotyledons are often an overlooked component – the food source.  Kidney beans are unique in that when food reserves are utilized in seedling development, they visually shrink and shrivel like a raisin.  So not only is the plant development visible, but also the inversely depletion of food reserves.  It is a true representation of metamorphosis – the seed being transformed into a plant.